Information about the features and limits the AppSumo LTD campaign

Written by Robert
Updated over a week ago

Videolinq partnered with AppSumo to offer between October to December 2020 a special promotion that offered the Videolinq professional plan to first time customers at a significant discount, in 3-level tiers (codes), as a Lifetime one-time purchase subscription. The custom plan was sold as follow: 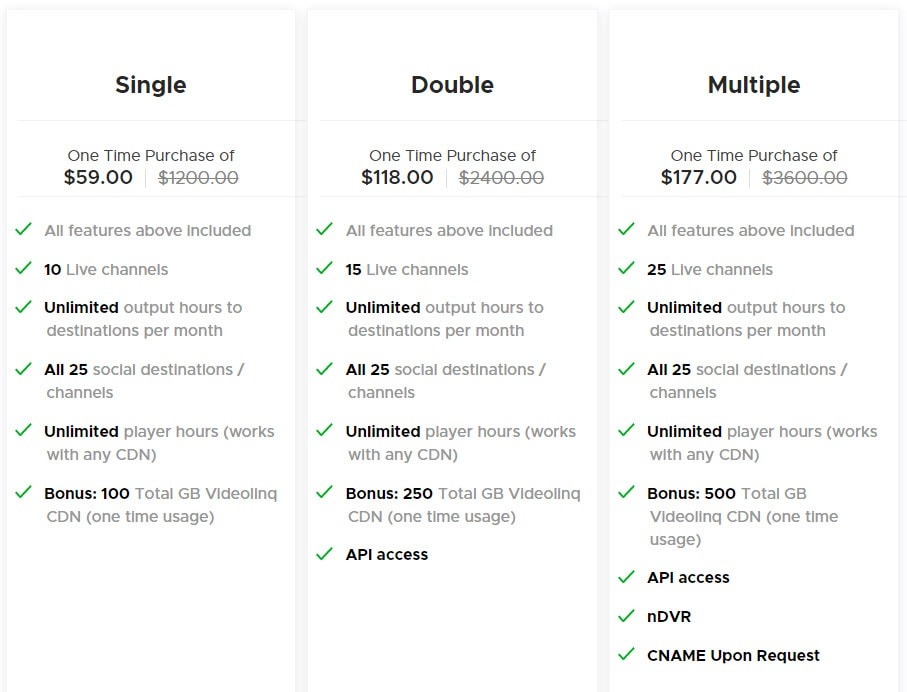 This limited-time Lifetime deal was offered exclusively via AppSumo. All customers who subscribed to Videolinq during this campaign can purchase additional regular priced plans from Videolinq at a special 15% discount by using coupon code E3V9MG1BIK during checkout.

Did this answer your question?