Improve broadcast quality by connecting to Videolinq near you

Written by Robert
Updated over a week ago

The quality of a live broadcast can be impacted by many dependencies as we explained in this article. To reduce the chance that your live stream signal will break on route to Videolinq, we recommend customers to connect to our network via the closest entry point to their region. Videolinq is offering multiple entry points to our network. Here is the current list of media servers we have in alphabetical order:

Autodetect (connect to nearby region)

When configuring the first time a new channel, destination(s), and a video source, you will be prompt to drop down the target media server options and select a preferred media server near you. Chose the option that will help you send video to Videolinq in a nearby region. 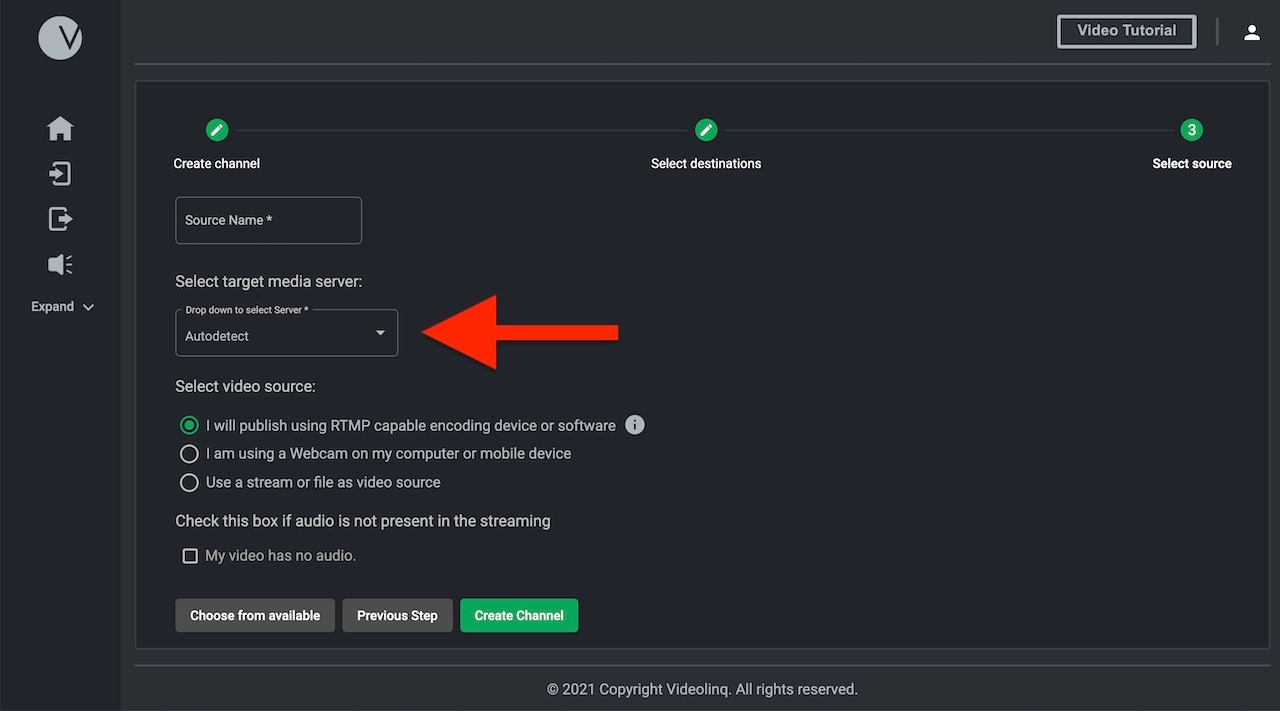 Adding Source to a Channel

When adding a video source to a pre-configured channel, click on the "New Source" green icon and in the popup window drop down the media server selection. Chose the option that will help you send video to Videolinq in a nearby region. 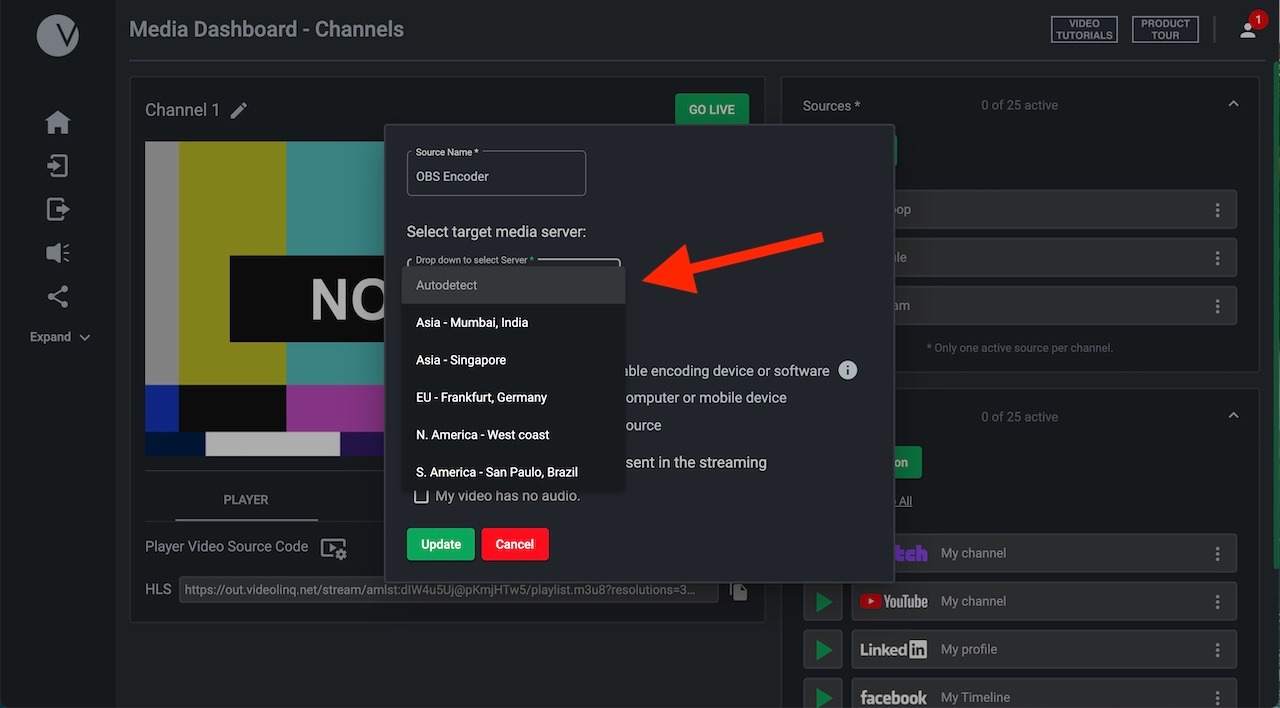 You can edit a pre-configured channel with a video source. Stop the channel, destinations, and the video source. Click on the 3-dots on the right side of the video source tab. In the popup windows select a preferred regional entry point from the drop down menu. 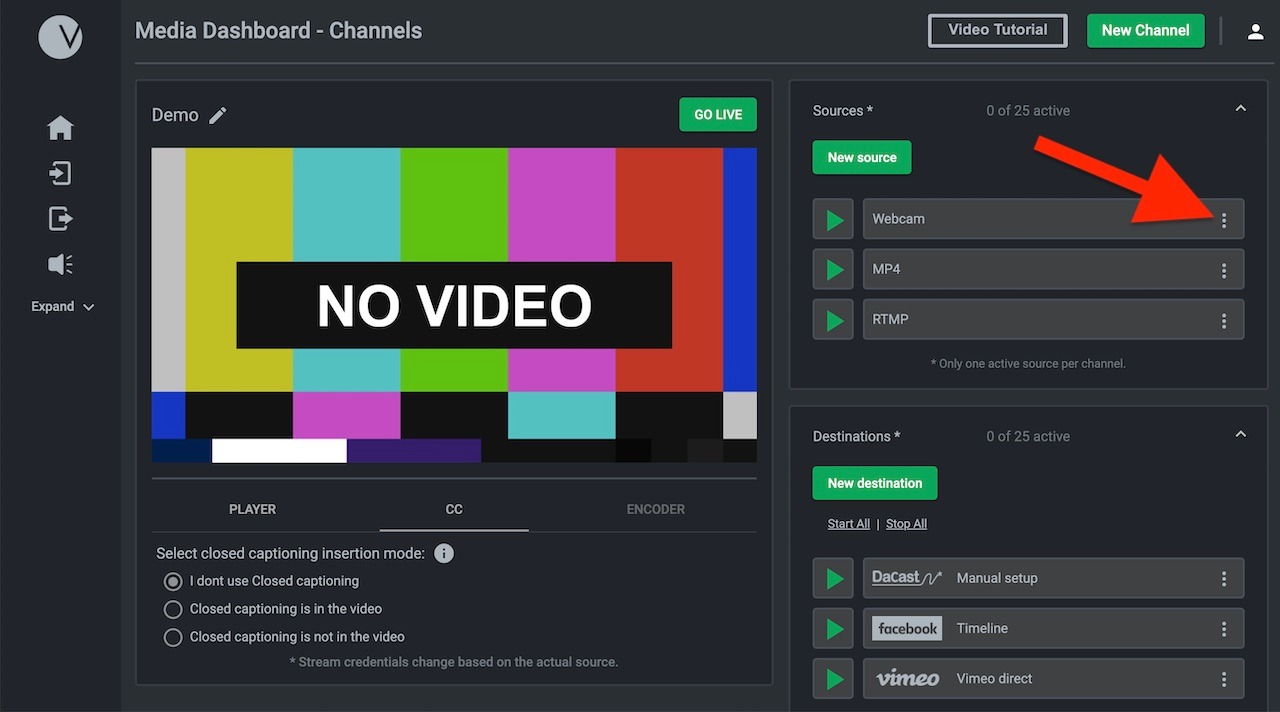 IMPORTANT: We do maintenance from time to time on regional servers. During this time the servers may not be accessible. To prevent downtime, always confirm connectivity before a broadcast by starting the stream and verifying that the video appears in the channel preview player. Can't connect to an origin server? Change settings to "Autodetect" or to another server.

Did this answer your question?